The Pro-Life Utah SW Chapter will hold it’s second March Road Rally for Life this coming weekend. We’ll be gathering at 10:30 a.m. this Saturday, January 30, at the ST George Town Square parking lot on the West end (by the WashCo School District building). There will be a live broadcast at www.ktalkmedia.com in conjunction with the Road Rally in SLC sponsored by Pro-Life Utah. After our drive, we’ll be meeting back at the Town Square to listen to the broadcast and socialize. Bring a chair.

This is a car parade! It’s important that we don’t look like traffic. Using flags attached to a flag pole is a great way to give you some height so we don’t look like regular cars on the road. “Life” flags will be available for $20 and all proceeds will help support our ultrasound van that allows mothers considering abortion to get a free ultrasound and is usually parked in front of an abortion clinic somewhere.

However you decide to decorate your car, we are excited to see it! Don’t forget about our car decorating contest for the best decorated car!

For more information about WashCo’s March for Life go to our Facebook page: Pro-Life Utah SW Chapter. This event is co-sponsored by UtahStandardNews.com

This isn’t about you. This is about saving babies. We rally in a spirit of love and peace, we rally for a specific and clear cause, and we rally using methods that actually help to accomplish our goal: saving lives and hearts.

Watch Senator Mike Lee beautifully explain why we march. While the format this year will be a little different, we are still just as excited!

Utah & National News:
In Utah, there’s not much going on in this current Legislative session. Cheryl Acton, HR43, release a bill yesterday on fetal transport: H.B. 231 Fetus Transport Restrictions. It closes a loophole from the fetal remains bill last year so that you can’t send the baby bodies across state lines to dispose of them as waste. The bill defines terms and “makes it a class B misdemeanor to transport outside the state, or arrange for transport outside the state, fetal remains aborted or miscarried in the state, for any purpose other than burial.” In Utah, a Class B misdemeanor is the middle ground for this level of offenses. Examples of Class B crimes includes prostitution or gambling. A person convicted of this type of misdemeanor can face a maximum of six months in a county jail. He or she can also be required to pay $1,000 or less in fines. In comparison, Utah code 76-9-704.  Abuse or desecration of a dead human body — Penalties. says that if someone “disturbs, moves, removes, conceals, or destroys a dead human body or any part of it; or dismembers a dead human body to any extent,” they will be charged with a third degree felony, the least serious type of felony in Utah, which is punishable by an indeterminate prison term of up to five years, and a fine of as much as $5,000.

Apparently, 76-9-704 does not apply to dead babies. Neither penalty seems to be much of a deterrent.

Steve Christiansen, HD47, released a bill today,  H.B. 253 Abortion Amendments, that cleans up informed consent and adds some penalties for non-compliance with the abortion statutes. It itghtens the provisions that are already there and clarifies a few things. The penalties are big though. To date, we don’t have enough teeth in any of our laws to actually enforce it.

Nationally, the 2020 election has not only brought about a change of administrations, it has also brought an extreme reversal of the gains that the Pro-life movement has made during President Trump’s time in office. The Family Research Council has published a list that detail Trump’s Pro-Life accomplishments. Click here for a list of all accomplishments by Trump.

Three days prior to leaving office, President Trump issued a proclaimation called the NATIONAL SANCTITY OF HUMAN LIFE DAY, 2021, which begins with the statement: “Every human life is a gift to the world. Whether born or unborn, young or old, healthy or sick, every person is made in the holy image of God. The Almighty Creator gives unique talents, beautiful dreams, and a great purpose to every person. On National Sanctity of Human Life Day, we celebrate the wonder of human existence and renew our resolve to build a culture of life where every person of every age is protected, valued, and cherished.”.

In contrast, Joe Biden Says He Wants to Overturn Every Pro-Life Law Saving Babies From Abortion and vowed to make Roe v. Wade the law of the land. Biden, a “devout” Catholic, celebrated the decision that has resulted in killing 62 million babies abortions. Biden’s celebrating of abortion is not surprising given that he has promised to govern as the most pro-abortion president in history and his comments about codifying Roe prove that.

In a recent interview with Newsweek, Alexis McGill Johnson, president of Planned Parenthood, bragged about the anti-abortion organization’s leverage, claiming that after raising “a record-breaking amount of cash in the presidential race,” Planned Parenthood and pro-abortion “allies” have provided hundreds of personnel recommendations to the Biden-Harris transition team.

“We know that personnel is policy,” Johnson said. “So we’re making sure that those positions are filled with sexual and reproductive health champions.”

Already, Biden is putting his radical abortion agenda in place. In his first pro-abortion action as president, Joe Biden has written to the United Nations and informed it that the United States is rejoining and renewing funding for the pro-abortion World Health Organization.

Next, he will force Americans to fund Planned Parenthood’s global abortion agenda. Unlike most Americans, Biden also supports taxpayer-funded abortions. If he would succeed in this goal, tens of thousands more unborn babies could be slaughtered in abortions every year in America. Evident by his praise of the Supreme Court decision, he opposes protections for women against shoddy abortion practices, too.

The culture of death that abortion has brought to our nation and our world is a culture that believes death is a solution for those who are considered too old or too ill, and believes that human life is a commodity to be created and manipulated.

On a positive note, the Catholic Church is pushing back against the evil abortion agenda and the leftist leaders who promote it. Excerpts from a letter sent to Biden from Archbishop José Gomez, the president of the United States Conference of Catholic Bishops (USCCB), offered his prayers to Mr. Biden and his family but also offered a reminder “that our new President has pledged to pursue certain policies that would advance moral evils and threaten human life and dignity.” The Bishop went on to say that “It’s a Scandal” for Joe Biden to Say He’s a “Devout” Catholic But Support Abortion”

“Biden has touted himself as someone who cares about the most vulnerable in society. But the Democrat leader also hypocritically champions positions that contradict the teachings of his faith and jeopardize the lives and freedoms of millions of Americans.”

Any day now, Biden is expected to reverse the Mexico City Policy and force taxpayers to fund abortions overseas. Among other things, he also wants to end the popular Hyde Amendment, which prohibits taxpayer funding for elective abortions in Medicaid and other federal programs. Without it, taxpayers could be forced to pay for tens of thousands of unborn babies’ abortion deaths every year.

Last year, Biden called abortion an “essential medical service” during the coronavirus pandemic. His health care plan would expand abortions as well by forcing insurance companies to cover abortions as “essential” health care under Obamacare. Additionally, Biden has endorsed anti-religious freedom policies that would force nuns, religious charities and hospitals to violate their deeply-held beliefs by funding the killing of unborn babies in abortions and potentially even by helping to facilitate their deaths.

Biden isn’t the only member of the Catholic Church that is being slammed by their church leaders. On Jan. 18, 2021, House Speaker Nancy Pelosi criticized pro-life voters who voted for Donald Trump on the abortion issue, saying their votes cause her “great grief as a Catholic” and accusing them of “being willing to sell the whole democracy down the river for that one issue.” San Francisco Archbishop Salvatore J. Cordileone issued the following statement in response:

“To begin with the obvious: Nancy Pelosi does not speak for the Catholic Church.  She speaks as a high-level important government leader, and as a private citizen.  And on the question of the equal dignity of human life in the womb, she also speaks in direct contradiction to a fundamental human right that Catholic teaching has consistently championed for 2,000 years. “Right to choose” is a smokescreen for perpetuating an entire industry that profits from one of the most heinous evils imaginable. Our land is soaked with the blood of the innocent, and it must stop.

So, where do go from here? That’s up to each of us to decide for ourselves. If I expect my freedoms, beliefs, and way of life to remain as they’ve been, I’m forced to defend myself, my country, and my family from the governmment overreach and societal attacks that never stop coming. It’s pretty obvious that our government isn’t going to do it for me.

Under our new “socialist democracy”, where the mob rules, it’s quite conceivable that we “could be made to disappear with the flick of a switch.” We’re heading toward a very tough four years, or longer, of rough waters. And, I’m not buoyant about the midterms unless we get the voter fraud issue resolved.

We now have a super-majority that are poised to embark on the most radical shift that America has ever seen. We will lose many of our Freedoms. Our economy will be severely damaged or fail completely. There will most likely be a shifting of global power. Our society could become unrecognizable and civil unrest may become an everyday/everywhere occurrence. And, “thoughtcrimes” will likely be severely punished.

Having said that, I don’t believe that all is lost. There were 74 million that wanted to continue the progress made by Trump that lifted every economic class, faith, gender and race. Those voters are still wanting what is best for America and ALL Americans, and a majority of them believe that the 2020 election was stolen.

We have millions of Americans that will do everything in their power to peacefully reset the  wrongs that have been forced upon us. How we do that remains to be seen. Thirteen years ago, the Tea Party blossomed into an instinctive and politically effective life. Hopefully, we will see the rise of a new movement to restore and protect our Freedoms, our country and families, and the values of the Founding Fathers and Documents. Personally, I can’t wait to join and stand with all of you that love our country and are willing to defend it.

WE must be the patriots who founded our nation – cold, with frozen feet, and with little hope, and that hope coming from God. We will carry our families and our communities through these difficult times with that “founding father” attitude as we battle for our lives, our liberty, and our country.

This event is co-sponsored by Utah Standard News. 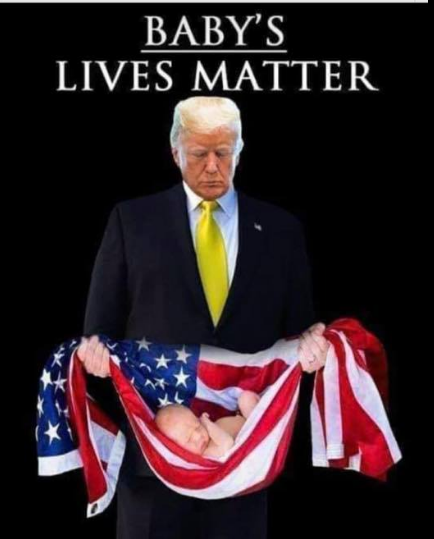