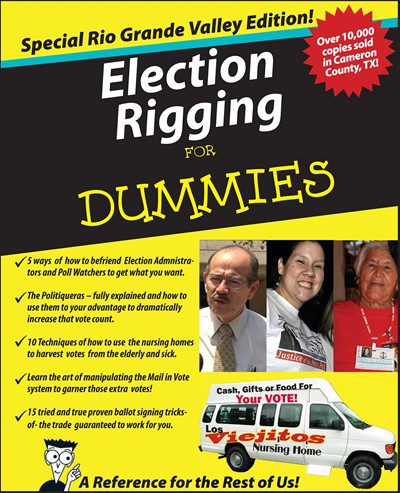 Shirley Anne Conners, aka Faragalli, was arrested last week. A Canadian citizen living in this country illegally, she had voted in more than 20 elections — including the April presidential primary in New York.

She could not have done that if New York had in place common sense election integrity measures such as requiring photo ID for in-person and absentee voting and citizenship verification for those registering to vote. Absent such protections, your vote can be easily voided — and elections stolen — by illegal votes.

A similar investigation is ongoing in Harrisonburg, Virginia, where another group, HarrisonburgVOTES, turned in 20 registration forms for dead people. Also this year, dead people have been discovered voting repeatedly in Colorado and California.

The Public Interest Legal Foundation (PILF) recently reported more than 1,000 noncitizens enrolled to vote in just eight counties in Virginia. This is a battleground state, where two elections for attorney general have been decided by less than 1,000 votes in the last dozen years. Yet Virginia does nothing to verify the citizenship of registrants. The noncitizens uncovered by PILF have now been dropped from the rolls, but the state has made no move to investigate or prosecute them for fraudulent voting.

In Philadelphia, PILF found ineligible felons as well as noncitizens on the voter rolls. Yet election officials there have made it clear they have no intention of complying with a Pennsylvania law that requires that incarcerated felons be removed from the voter rolls so they can’t cast an illegal vote.

But while watchdog groups and investigative journalists uncover election fraud virtually everywhere they look, the U.S. Justice Department and self-proclaimed civil rights groups have attacked voter ID laws in the courts. They have sued to stop states from requiring people to provide proof of U.S. citizenship at the time they register, despite the reports from all over the country that noncitizens — both legal and illegal — are registering and voting.

Rather than work to solve the very real problem of election fraud, the administration is hyping a supposed cyber threat to our elections. Anonymous sources at the FBI have said that upwards of almost a dozen states have had their voter-registration databases probed or hacked, although no data have been altered.

The hacking threat is certainly not a good thing. But the threat exists only because states have implemented online voter registration — an “ease of registration” innovation pushed by the very same people who oppose voter ID and proof-of-citizenship requirements. The simple solution to this problem is to stop online registration — something that was never needed in the first place, given how easy it is to register to vote by mail or at state agencies like driver’s license bureaus.

Fortunately, those voter registration databases are not tied into our vote-casting and vote tabulation equipment. No central computer runs our electronic voting machines; they are standalone machines not tied into the internet or networked.

We should not underestimate the threats of cyber-attacks, but we also should not exaggerate them given the way our very decentralized election system works. That very decentralization is an advantage that helps minimize the dangers from a mass cyberattack.

The real problem we face in the upcoming election is from inaccurate voter rolls full of ineligible voters, from the dead to noncitizens to felons. Lax registration procedures and poorly maintained rolls can and do facilitate fraud.

Those are the problems that election officials should be dealing with. And when those who violate our election laws are identified, they should be investigated and prosecuted — not given the type of get-out-of-jail free card they have been handed by election officials in Virginia and Philadelphia.

Comments - No Responses to “The War on Election Integrity”