This the fourth in a series of columns that present legislative reform proposals.

Citizensfortaxfairness.org, a grassroots citizens group, defines tax fairness as the collection of the absolute minimum amount of revenue necessary to fund the core functions of government and as the effective and efficient management of those funds once collected.

This column examines six proposals for controlling spending and limiting the growth of government. It also includes a copy of the Parable of the Skunks which shows how the state’s current budget system results in higher spending and more non-core government programs.

The six proposals are:

-1. Require a double majority to pass any ballot proposal that would raise taxes including citizens’ initiatives.

-2.Require taxing entities to give voters an unbiased analysis of ballot proposals.

-3. Get the skunks out of the budget. 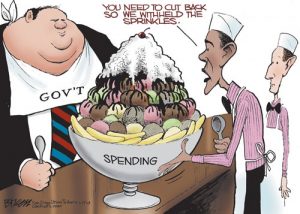 Require a double majority to pass any ballot proposal that would raise taxes including citizens’ initiatives. In order for the legislature and other governmental entities to pass a budget, a quorum is required. However, in order for voters to pass multi-million dollar bonds and tax increases, no minimum turnout is required.  In fact, if just one voter voted, that voter could pass a hundred million dollar bond or a trillion dollar tax increase as long as it was on the ballot.

Tax consuming entities and those who support government funding for their pet projects consistently attempt to put revenue and debt measures on ballots when voter turnout is expected to be the lowest so a small, dedicated minority can pass the proposal. By requiring a double majority, tax consuming entities would have to actually encourage people to vote rather than hoping that they stay home as is all too often the case.

*Action.  Require that any proposal submitted to the voters to increase taxes, to incur debt, to approve a new government program or to pass a citizens’ initiative or referendum be passed by a double majority. This still allows just 25% of eligible voters to pass the proposal. 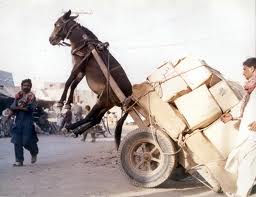 For Example, in 2011, in advance of a vote on a 25 million dollar bond election to buy the old Granite High School, the City of South Salt Lake reportedly hired The Exoro Group for $60,000 to put out pro-bond information to voters as an “education” campaign and issued a voter information pamphlet that did not include any opponent statement.

The “education” campaign told voters that this was a “once in a lifetime opportunity,” that would make South Salt Lake “a more attractive place to live and do business,” and would bring “security and pride” to the city, according to a report on KUTV. Bond opponents pointed out that the education campaign was not neutral.

In addition, the official, taxpayer funded voter information pamphlet had three large paragraph’s setting out the proponent’s position. The opponent’s section read simply: “While individual citizens have expressed opposition, no group or organization has communicated its opposition to the city.”

City officials continually told the public that they were neutral even though they were proposing the bond. However, their actions and public statements clearly showed that they supported the bond.

Writing in the Deseret News, the mayor said, “I hope you join me in voting yes for the Granite Community Bond”. A Granite Rocks website, which was copyrighted by the City of South Salt Lake, included the following question and answer: “Who supports the bond measure?  An overwhelming majority of voters (65%) support the bond. The mayor and city council strongly support the bond as well.”

This is not an uncommon occurrence as similar things happen almost every time a tax consuming entity goes to the public with a ballot proposal.

* Action.  Require all voter information pamphlets to contain statements of the same length written by clearly identified supporters and opponents of the proposal and have the final pamphlet approved by both proponents and opponents.  If the governmental entity responsible for compiling and publishing the pamphlet cannot find well thought out and argued positions on both sides of the issue or if consensus cannot be reached on the pamphlet, then cancel the election.  Also, prohibit public officials from using taxpayer funds, their official positions in any manner and taxpayer funded staff, consultants, contractors, equipment, facilities, websites, social media, front groups, etc. to influence ballot propositions under penalty of both civil and criminal action. 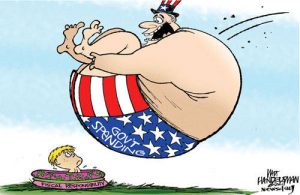 -3. Get the “skunks” out of the budget.  The state’s incremental budgeting process means that once a program is funded that it is in the budget forever more.  For example, if the legislature were to vote funding for a group of cute, nice-to-have skunks because they supposedly add to economic development and to the quality of life of some people, that funding would go on forever. (Note: Read the “Parable of the Skunks” at the end of this column.)

* Action:  Rather than just focusing on funding increases in good times and on across-the-board cuts during economic downturns, carefully evaluate each and every budget line item in order to identify and remove the “skunks” that have clawed their way into the budget. Focus on keeping “must haves” and getting rid of “nice-to-haves” just like Mitt Romney and Fraser Bullock did when they slashed the original 2002 Salt Lake Winter Olympics budget by over 200 million dollars. 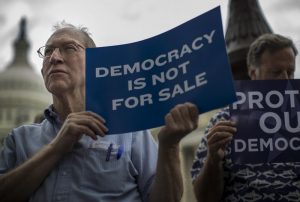 -4. Protect citizens from taxpayer funded lobbyists.  All types of taxpayer funded associations ranging from the League of Cities and Towns to the School Boards Association lobby the legislature to pass bills that benefits the tax consuming entities at the expense of the taxpayers. They hold golf tournaments, conventions and luncheons for legislators, all paid for with taxpayer funds while citizens who oppose their agenda are forced to defend themselves on their own time and on their own dime.

* Action.  Prohibit the League of Cities and Towns, Utah Association of Counties, Utah School Boards Association or all other organizations that are either fully or partially supported by taxpayer funds to lobby the legislature or to otherwise promote their agendas unless they provide citizens full and open access to all of their activities including staff meetings, board meetings, legislative strategy sessions, e-mails, etc. at no cost.  Also, require these groups to publish the names and compensation for everyone carrying out or providing support for lobbying activities on their behalf including their paid staffs.  During the regular session of the legislature, require them to post a daily record of their lobbying activities and the cost of these activities broken down by each individual staff member and paid lobbyist.  After the regular session of the legislature, require them to post monthly reports that compile all lobbying activities in detail including conferences, special events and other activities with legislators present. 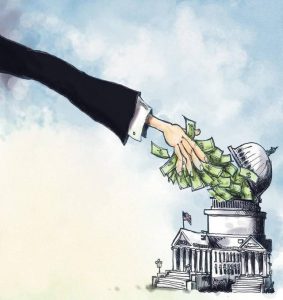 -6. No more “free lunches.”  Just as an excess amount of food results in an expanded waistline, an excess number of “free meals,” in the broadest sense of the term, for legislators result in a bloated budget and a continuously expanding government.

* Action.  Legislators need to exercise self-discipline and refuse the “free lunch” because no “lunch” whether it be in the form of a meal, a gift, a free pass to a convention or a campaign donation that is provided by a lobbyist is truly free.

The next column in this series will examine the importance of citizen participation as an element of legislative reform.

Public Budgeting – The Parable of the Skunks

Skunks deserve public funding.  They make children happy.  Seniors love them because they remind them of their days growing up in the country.  People come from all around to see them. While in the area, families go to restaurants and fill their cars with gas.  Thus, it is clearly in the public interest for the taxpayers to open up their “family purses” to support skunks.  After all, they enhance everyone’s quality of life and they are a source of economic development.

“Utahns for Skunks” is organized.  They hire a lobbyist, put up yard signs supporting public funding for skunks and they contact their elected officials.  The Chamber of Commerce, elected officials, civic groups and major newspapers all support a taxpayer investment in skunks.  After all, it will only cost the average family the equivalent of a couple of pizzas a year in higher taxes and the rewards in terms of quality of life and economic development are immeasurable.

After a great deal of work, one million dollars in ongoing funding is approved for each of five skunks.  The hard work is done.  No one will ever again ask why these stinkers are in the budget.

A year goes by.  Officials are preparing the next budget.  They have hundreds of millions of dollars in new, ongoing funds to allocate.  The skunks automatically get a 10% increase simply because they are in the budget.  The next five years are good and now each skunk is getting well over $1.5 million dollars.

When revenues continue to fall, rather than eliminating the skunks, taxes and fees are increased.  So, at the end of the day, just like the legitimate, core functions of government such as law enforcement, jails, courts, education, water, sanitation, air quality and highways, the skunks will each be somewhat poorer and the taxpayers will still be paying for them.