Travis Seegmiller: The Hidden Story: No News is Fake News 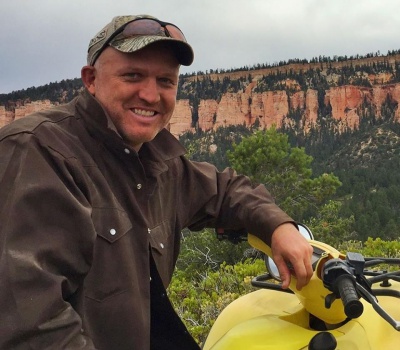 One of the most significant stories of last week’s local election was ignored by our local media. Travis M. Seegmiller, HD62, ran unopposed and decisively carried over 10,000 votes to win his re-election. That put him in the top-tier of vote getters. But the Spectrum, The St. George News and Canyon Media/radio gave his re-election ZERO coverage. However, they pulled out all the stops and heavily covered the reelections of EVERY OTHER LOCAL LEGISLATOR, including Gil Almquist, as though those moderate and Republican-in-name-only (RINOS) candidates are heros. The media’s glaring bias was on parade at the election party as they were observed fawning over all the other winners and ALL expressly made a point of NOT interviewing Seegmiller, or even hardly saying hello to him.

The media’s bias and intent is crystal clear: they want to sink the news of Seegmiller’s reelection to the bottom, such that it’s a non-event, so that nobody knows that there is a Conservative Constitutionalist heading back to the Capitol, with WIDESPREAD support in Washington County. As far as the public record, perception and dialogue is concerned, Seegmiller’s win becomes a non-existent fact. To paraphrase Mark Twain, “If you don’t follow the news, you are uninformed. If you do follow the news, you are misinformed.”

Opposition to Seegmiller’s conservative values began almost immediately after he was chosen by WashCo HD62 delegates to replace disgraced Jon Stanard who resigned his post after it was discovered that some of his (Stanard) visits to Salt Lake City were made more endurable by the presence of a prostitute in his taxpayer-funded hotel room.

The Salt Lake Tribune laid in wait for Seegmiller inside the Committee rooms soon after his arrival at the Capitol, and creepy reporters even stalked him in the Capitol hoping for a juicy quote from a conservative that they could take out of context and grossly misconstrue to accomplish their biased editorial objectives. The liberal media is immovable and tries to politically destroy anyone who exhibits core values different from their own. The Tribune ran a phony “clickbait” article about his questioning of witnesses concerning corrupt ballot initiatives in an attempt to destroy him in the eyes of his own party Leadership.

The irony here is that Seegmiller is arguably the most qualified person that has ever served in Utah government. His resume, click here, is staggering in terms of experience and expertise in the areas of leadership, business, government and Constitutional matters.

The heat was turned up after the St. George News copied-and-pasted an AP wire quote from him that was taken totally out of context and grossly misrepresented. The current RINOs from down south are likely not very happy right now that Seegmiller is constantly fighting their every move. He is the only legislator from the southern region who sits on the powerful Revenue & Taxation Interim Committee, which mustered up enough votes to block all kinds of garbage from happening.  Shortly after assuming office, Seegmiller helped derail over $50M of new tax increases that the more liberal legislators attempted to sneak-in during an Interim Committee and he was the first voice from Southern Utah to say “absolutely not” in the face of leadership strong-arming to pass through Brad “I’m a Conservative” Last’s (HD71) charge to massively raise property taxes on every Utahn.

Seegmiller voter against Scott Anderson’s horrifying $700M massive tax increase which sought to increase the unhelpful “funding per pupil” statistic. Anderson emphasized that his group’s primary metric for measuring Utah’s education success was “dollars appropriated by the State Legislature, per pupil” —- which is just an empirically inaccurate method, when considered all by itself. Seegmiller also voted against Medicaid expansion which was sold as revenue neutral to the State but was a huge expansion of bloated government AND it was not a proven fact that the feds would actually cover it all.

Seegmiller has no intention of being a “rubber stamp” or becoming an “Activist Legislator” that pushes the wrong agenda. For this, he will be labeled an obstructionist, a moniker he happily wears as someone who consistently votes NO to unConstitutional power grabs and overreach that would increase the size and breadth of government. These are the grand issues of our day, and we can’t afford to have our District represented by a wishy washy moderate. Seegmiller is on track to “repeal or repair” as he calls it, more laws than he ever passes.

During the session, there is no time for sleep. Seegmiller often works 19+ hour days and is not a caffeine abuser. Imagine being locked inside the Chamber until most are sick and coughing, hacking, sneezing, wheezing — some even with pneumonia and cancer, while being strong-armed and intimidated to vote with The Leadership. What a ludicrous way to make good policy.

Seegmiller came out of the gate firing for smaller government, an end to RINOs, in favor of the caucus system, and Constitutional principles. He quickly teamed up to form an informal “Cost Cutting Coalition” of other Fiscally Conservative legislator allies; he pushed rapidly to kill the Death Penalty Repeal; and he further sought to introduce bills last session that would require the huge surplus that we had last year to be used to (1) pay cash for projects, instead of bonding/debt; and (2) fully fund a new rainy day fund.

In our interview with Seegmiller, he enthusiastically said “I am ordering 75 copies of ‘The Law’ by Bastiat which I am going to gift to every legislator at the next general session. I’m going to add a note describing how my grandfather gave me this little book when I was a boy and told me that if I understood and fought for those truths that I would become a Good Man someday. Now, nearly 30 years later, I assign ‘The Law’ as required reading for every student who comes through my law classes at the university where I’m a professor.”

With a political philosophy that is grounded in small, frugal, non-intrusive government, very low taxes, utmost respect for local sovereignty and local decision making, and a shunning of the redistributive methods that Bastiat himself called “false philanthropy” and “legal plunder”, it is no wonder that after only a short time on the job, based on a thorough analysis of his voting record Utah Grassroots ranked Seegmiller #1 out of all Utah legislators in their 2018 “Lifetime” rankings of Utah’s most Constitutionally Conservative legislators. See page 7 of their report at: http://www.utahgrassroots.org/annual/2018/GrassRoots2018.pdf

It appears that a huge percentage of the legislation Seegmiller is faced with could be potentially corrupt giveaways, often to single developers. Fortunately, there is an appetite for ethical reform right now, especially with the Candidacy Disclosures form, which is totally open to personal interpretation. According to the Lt. Gov’s. Office, they don’t provide any help, advice or additional instructions besides what is printed there and there’s no real guidelines or uniform Standard to which the candidates can adhere. The standard is “whatever you feel is right” and “however you personally interpret it.” Our research reveals vast discrepancies in the standards of care taken in sitting Legislators’ disclosures. THERE is the starting point for bogus foul play.

Many of the ruling class in Utah have shifted very far away from Republican roots. It is time for our Governor, several legislators and elected Federal officials to leave the Republican Party and resurrect the Tories of the colonial era. The colonial Tories fought against the patriots to the extent of killing neighbors to defend the elitist King of England. They were so secretive that the Revolutionary war was occasionally termed the “First American Civil War.” Today these same Tories fight against the citizens, killing the spirit and morale of the people solely for their own political prestige. They are modern day Tories with a motto of “Say Anything,” hiding behind the self flattery that they are being pragmatic.

WashCo deserves a Representative that focuses on the government being as close to the people, and as small as possible. The government which governs best, is the government which governs LEAST! Our Legislative body only has 10-14 true conservatives. That is a shameful travesty. The voters don’t realize how liberal their activist Republican legislators really are, including at least two out of the four House members from Southern Utah. And the citizen-voters have NO IDEA what is going on during the summer and fall up at the Capitol.

Currently, Seegmiller is building a truly Conservative voting block of legislators up at the State Capitol and preparing for the legislative session in January. He is also offering ongoing Constitutional Workshops for people of all ages in his legislative District #62, during which he provides free copies of the U.S. Constitution and ‘The Law’ for all interested parties; and he is holding public town halls or informal gatherings nearly every Saturday, with a laser focus on the Constitution. Seegmiller told us that he is working on getting the funding to provide hard-copies of the Constitution of the United States into every willing District 62 home — not a small task given that he represents over 40,000 people.

WashCo finally has a representative that reflects our conservative values and is an incredible force for freedom. WHO KNEW?

Publisher’s Note: Journalism, or the so-called ‘Fourth Estate’, acts as a vital check and balance on the activities of government, the political system and the judiciary, and must be free from undue or corrupting influence or leveraged by bias or agenda. One’s judgment is no better than the information it is based upon. A person may still judge wrongly when presented the truth, but they had the opportunity to be right. If one is given no news or biased, sloppy, distorted or incomplete information, filled with deliberate propaganda and falsehoods, then their whole reasoning process is corrupted or completely destroyed. Essentially, our current media outlets and the news that they report avoids thought vastly more than it rarely enlightens thought. UtahStandardNews.com is an independent entity, owned and operated by local neighbors with a vested interest in the events occurring around us. We are not part of a media empire. We strive to provide a refreshing alternative to right-wing and left-wing opinion/news sites by presenting a principled source for news and commentary without the omissions, blatant lies, incomplete truths, diversions, politically correct distortions or any other form of deceit where truth is avoided and extreme falsity has become our virtual and simulated artificial reality.

Comments - One Response to “Travis Seegmiller: The HIDDEN STORY – No News is Fake News”