The Utah Politics – the Truth XPosed

Well, the truth about Dave Bateman’s nefarious motives for bailing out the Republican Party, despite the leadership’s efforts to destroy the party, has finally surfaced. During a meeting with Attorney Marcus Mumford, when Bateman presented a $400,000 check that paid off the UTGOP’s debt AND removed Chair Rob Anderson’s threat of bankruptcy, Bateman finally received his reward… a  bag of kettle corn. Bateman announced the real truth himself. “I’m ashamed to admit it was all about the kettle corn from the start. If you ever want kettle corn, the State Fair is way cheaper.” 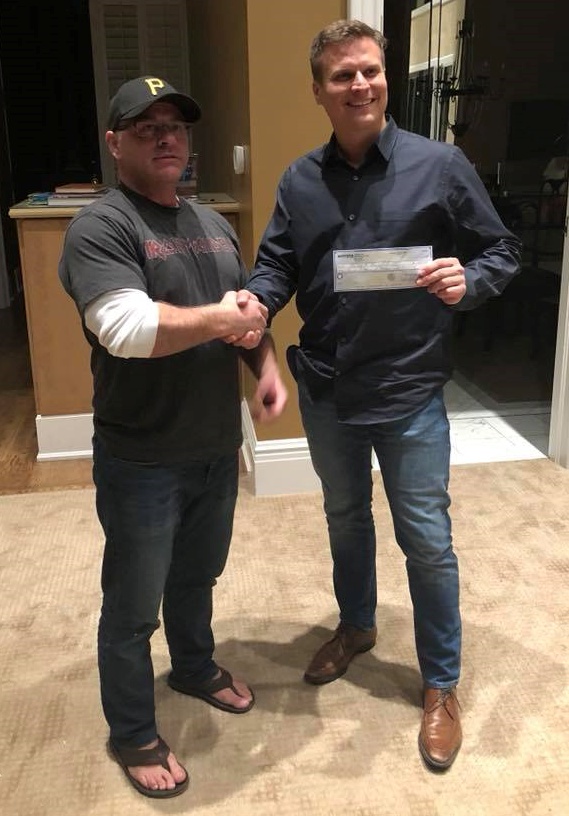 Bateman praised GOP attorneys Mumford and Chris Troupis for their hard work, brilliance, and willingness to take a haircut so this could be possible… Quite a feat considering Mumford doesn’t have much hair left to cut.

Now, the X-rated part. Bateman did a live video feed last night to explain additional information he has obtained about the attorney who tried to seduce one of his employees into making false sexual harassment allegations against him, as well as other attacks that are occurring against him and his family because he is fighting to preserve the Caucus Convention System.

If you are living in the “All is Well in Happy Valley” or Utah’s “Life Elevated” bubble, and think that our political process is populated with righteous and up-standing people who present the appearance of being a “good guy” you can trust, then DO NOT watch this video.

There are no words to describe what Bateman described better than he described it. This is as dirty as politics gets. I’m talkin’ mainstream Utah politics, right here in the desert where “life is elevated.” Uh Huh. More like the con has been elevated to an art form.

This video will educate you as to the state of Utah’s political process, which puts corrupt politicians in Chicago, Louisiana, and Mississippi to shame. Someone once said “The truth will either set you free … or it will tear your foundation of beliefs apart … I have experienced both.” Be forewarned:

Corruption and collusion between GOP and Count My Vote

Can I get an AMEN?  Whoever marked those divorce files as “public” should be the subject of a judicial review, investigated criminally, and be in jail. Anderson should be removed from his position as UTGOP Chairman. The collusion between Cox, Anderson and others should be investigated. And, our state should rid itself of all of these “Giadiatton robber’ barons who work daily to destroy our republic, our freedoms, and steal our money via legalized plunder.

Bateman mentioned Ed Wallace, publisher of UtahStandardNews.com as having received the divorce decree from Daryl Acumen. Acumen was pushing for an investigation and report on Bateman similar to the piece Wallace did on Acumen and Anderson:

Daryl Acumen: The Face Behind the Mask

Report: ROB ANDERSON: The Face Behind the Mask 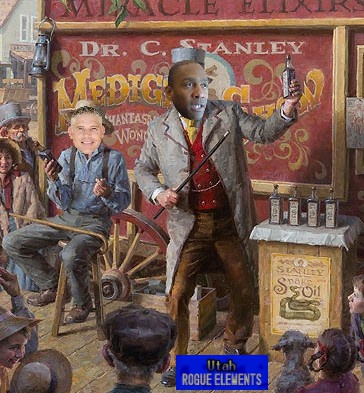 Oops. Wallace never opened the file but did contact Bateman regarding the document. Once Wallace realized that it was supposed to be sealed, and had nothing to do with any type of illegal activity or fraud on the voting public, Wallace threw the file where it belonged: in the trash. Others have reported receiving emails from Acumens with the same content, and the same result.

Acumen has even gone after Wallace by shopping around info that Wallace was forced into a bankruptcy in 2002. What Acumen didn’t mention is that Wallace, in defiance of bankruptcy statutes, has paid back many of his creditors and continues to do so.

Acumen is a big fan of Saul Alinsky and his book dedicated to Lucifer: “Rules for Radicals.” When facts and logic are against you, slander the opponent. Good ol’ Saul Alinsky tactic. “The mark of an exceptional snake oil salesman is to not only make his bottle of elixir appear desirable but to make it appear so desirable that other people who buy it will tell  you’re a fool if you don’t.” Citizens of Utah- enjoy your indigestion.

A friend reminded me of a quote from Theodore Roosevelt’s “The Man in the Arena” speech in April 1910: “It is not the critic who counts; not the man who points out how the strong man stumbles, or where the doer of deeds could have done them better. The credit belongs to the man who is actually in the arena, whose face is marred by dust and sweat and blood; who strives valiantly; who errs, who comes short again and again, because there is no effort without error and shortcoming; but who does actually strive to do the deeds; who knows great enthusiasms, the great devotions; who spends himself in a worthy cause; who at the best knows in the end the triumph of high achievement, and who at the worst, if he fails, at least fails while daring greatly, so that his place shall never be with those cold and timid souls who neither know victory nor defeat.”

I would rather go to my grave saying, “I’m glad I tried” rather than “I wish I had tried”.

In his video, Bateman mentioned “The Buckshot Caucus.” Who? And why would they name themselves “Buckshot”?

Buckshot is the largest type of “shot” loaded in shotgun shells and a typical buckshot load consists of multiple medium diameter pellets that spray out indiscriminately and hit anything that is in the general direction aimed at the intended target. It comes in different sizes, the smaller the shot, the greater number of pellets. It’s the kind of shotgun shell that is used to kill large game and people and what police and criminals use in their shotguns to kill humans.

If anyone isn’t sure who “The Buckshot Caucus” is, there’s a post from a while back where the person posted screenshots of some of the members. They usually kick out anyone that doesn’t agree with them before too long. The ones who have been in for 3 years in the screen shots seem to be the main offenders. She posted lots of references about them and what they are up to before they went secret.

The location where the “political attorney” made original contact with employee #1 to get her to convey the offer to employee #2 to make false sexual harassment allegations against Bateman was at the “Buckshot Caucus” Suite at Vivint Arena.

If I have left anyone out, or your name appears but you are not a member, or, if you wish to disassociate yourself from this small, radical, fringe group, please make a comment on this post and I will make the necessary correction.

Final Note: Since my 3rd eye has gone funny and angels started communicating with me through signs, I have become a different man more in tune with exploring the universe. What are you doing this weekend?