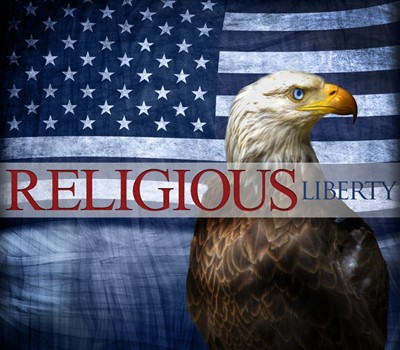 Victory. Those have been few and far between during the Obama era, but this week, conservatives can rightly say they secured a huge victory against the left’s radical agenda: America’s young women will not be forced to sign up for the Selective Service, the precursor to being included in a future military draft.

Unfortunately, there will be a missed opportunity as well: It looks like a religious liberty provision won’t be in National Defense Authorization Act.

Let’s backtrack. The women’s draft push started in 2015, when the Obama administration took unilateral action to allow women to serve in all combat units.

Of course, liberal lawmakers took the Obama administration’s move as a signal to force American women, aged 18 through 26, to register for Selective Service, more commonly known as the draft.

At first, House Republicans successfully removed a provision of the committee-passed National Defense Authorization Act that would have included America’s young women in any future national military draft.

Despite the House’s efforts, the “Draft our Daughters” was included in the Senate’s version of the National Defense Authorization Act.

And ultimately they won: The women’s draft provision was removed during conference negotiations, marking an important win against the left’s agenda.

Standing up to the progressive social agenda is possible, and conservatives in Congress deserve credit for slowing the advance of their radical agenda. Unfortunately, the Republican-controlled Congress has not been as successful fighting the Obama administration’s assault on religious liberty.

Here’s the backstory: In 2014, President Barack Obama issued an executive order protecting sexual orientation and gender identity with regard to the hiring policies of contractors. This means religious employers would likely be forced to change their employee conduct standards concerning marriage, sexual behavior, and their bathroom, shower, locker, and pronoun policies or lose federal grants and contracts.

Rep. Steve Russell, R-Okla., realized the need to ensure that churches, religious organizations, and other nonprofits weren’t forced to choose between contracting with the federal government or living by their foundational religious beliefs.

He introduced the Russell Amendment to the National Defense Authorization Act, which was adopted in committee and ultimately, included in the House version that passed by a vote of 277 to 147.

Unfortunately, a similar provision was not included in the Senate’s version.

Heritage Foundation expert Roger Severino explains the need, and simplicity, of the amendment:

The Russell Amendment is sound policy that will prevent the administration from stripping contracts and grants from faith-based social service providers whose internal staffing policies reflect their faith. Jewish day schools and Catholic adoption centers, for example, are not liable under Title VII for being authentically Jewish or Catholic, and their staffing policies shouldn’t disqualify them from federal grants and contracts either.

This commonsense solution was opposed by 42 Senate Democrats, who sent a letter to the Senate Armed Services Committee asking that the Russell Amendment be stripped from the final National Defense Authorization Act being negotiated.

The Democrats’ demand, combined with a veto threat from Obama, was enough to force the Russell language out of the final bill language.

Conservative victories can be achieved when lawmakers uphold the Constitution, listen to the American people, and don’t cave to political pressure.

While we are celebrating that the National Defense Authorization Act doesn’t include a women’s draft, it’s disappointing that conservative lawmakers appear to be content to pass this bill without the Russell Amendment, meaning they will have missed a chance to protect religious liberty.

In November, Republicans were given a mandate to lead boldly. Now is not the time to cower to pressure, give into empty promises, or “hope” that something will change. There are no more excuses.

Come 2017, it will be time to let our shared conservative principles govern, not the radical demands of America’s elitist left wing.