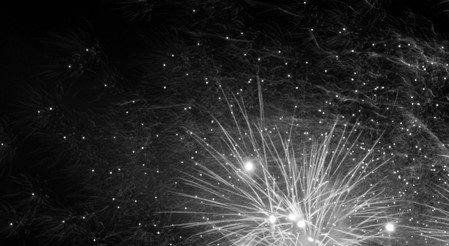 How many Americans will greet July 4th Day with gratitude that their governor is no longer compelling them to “shelter in place” or “stay at home” so they can celebrate their freedom? Most of the media is ignoring the fact that this Independence Day is occurring under the most dictatorial restrictions of the modern era. But anyone who values their liberty must recognize the Great Political Unleashing that has occurred this year makes a mockery of the Founding Fathers’ intentions.

Earlier this year, more than 300 million Americans were constrained by “stay-at-home” decrees by governors and mayors. These restrictions were justified by mortality predictions from COVID-19 that turned out to be wildly exaggerated. But most of the media has presumed that the dictates were legitimate because they were supposedly based on “science and data” – regardless of pervasive wrongheaded forecasts.

The Centers for Disease Control estimated last week that 24 million Americans may have been infected with COVID – making a mockery of lockdowns designed to force citizens to pay any price for the slightest potential reduction in infections.

Do America’s politicians and media have any special suggestions on how the tens of millions of people who lost their jobs due to the shutdowns should celebrate Independence Day? How should small business owners who have been bankrupted mark July 4th?

Governors across the nation earlier this year proved that the Bill of Rights is a parchment barrier that can be easily shredded by invoking their emergency powers. Michigan governor Gretchen Whitmer prohibited “all public and private gatherings of any size” (prohibiting people from visiting friends) and also prohibited purchasing seeds for spring planting in stores after she decreed that a “nonessential” activity.

Many Michigan counties have less than a handful of COVID cases and few if any fatalities. But their economies have been obliterated by Whitmer’s statewide decrees, which have driven unemployment up to 24 percent. Two weeks ago, Whitmer railed that legislators’ “attempts to take away my authority” were “irresponsible, dangerous and foolish.”

Maryland politicians’ COVID crackdown destroyed more than 400,000 jobs, leading almost one-fifth of the state’s workforce to file for unemployment. Even the Washington Post recognized that Maryland’s COVID “restrictions have crippled the economy and paralyzed daily life since mid-March.” At the time that Gov. Larry Hogan imposed a mandatory “stay-at-home” order for all Marylanders, roughly a thousand Marylanders had tested positive for COVID and eighteen had died from the virus.

Despite the shutdown, the number of people testing positive soared to 68,000 along with more than 3,100 deaths. Ravaging Maryland’s economy failed to stop COVID’s spread but inflicted collateral damage that will hobble the state for many years and probably permanently blight thousands of lives.

Oregon Governor Kate Brown banned the state’s four million residents from leaving their homes except for essential work, buying food, and other narrow exemptions, and also banned all recreational travel. Six Oregon counties had only one confirmed COVID case as of last month, and most of the state has minimal infections. But schools, businesses, and other activities were slammed shut by government edict. Almost 400,000 Oregonians have lost their jobs after Brown’s shutdown.

In May, a circuit judge ruled that Brown’s pervasive restrictions were “not required for public safety when plaintiffs can continue to utilize social distancing and safety protocols.” But the Oregon Supreme Court, stacked with the governor’s appointees, quickly overturned that ruling.

The media and many politicians heaped derision on people who publicly protested against the lockdowns that were destroying their livelihoods. But after a Minneapolis policeman brutally killed George Floyd, politicians cheered as mass protests exploded in cities across the nation. New York City Mayor Bill de Blasio sent police to disperse attendees at an Orthodox Jewish funeral for violating his restrictions on public gatherings but endorsed mass protests against police brutality.

Twelve hundred health professionals signed a letter declaring, “We do not condemn these gatherings as risky for covid-19 transmission. We support them as vital to the national public health.” Any tattered remnant of credibility retained by public health officialdom was shattered when they declared that supporting protests against police brutality “should not be confused with a permissive stance on all gatherings, particularly protests against stay-home orders.”

Who knew that COVID-19 only infects “deplorables” and reactionaries?

At the same time that politicians joined and cheered mass protests against the police, many states continue effectively outlawing religious services. Would church services be permitted to resume if parishioners promised to cuss the police? The “experts” might also permit a vast rally to confer sainthood upon Anthony Fauci, the media’s favorite lockdown hysteria monger.

The pandemic pried open authoritarian Pandora’s Boxes at all levels of government. Trump’s Justice Department asked Congress to approve suspending habeas corpus for the duration of the pandemic. Norman Reimer, executive director of the National Association of Criminal Defense Lawyers, warned, “You could be arrested and never brought before a judge until they decide that the emergency or the civil disobedience is over.” The same type of pre-arrest power could be exercised to detain anyone suspected of being infected or failing to obey lockdown orders. Republican Utah Sen. Mike Lee, one of the most principled members of the Senate, tweeted in response to the news of the power grab: “OVER MY DEAD BODY.”

Attorney General Ramsey Clark warned in 1967, “Nothing so diminishes democracy as secrecy.” But the pandemic response by federal, state, and local officials remains shrouded in secrecy. We may have seen only the tip of the iceberg of boondoggles and blunders in government responses to the pandemic.

What did federal, state, and local politicians and health officials know, and when did they know that many of the restrictions they imposed were unnecessary, if not counterproductive? How many states covertly adjusted their formulas or data standards to justify perpetuating lockdowns? How many states have lied or covered up their policies on sending COVID patients to nursing homes, a catastrophe that killed thousands of elderly?

Many locales have canceled their fireworks in order to avoid tempting people from gathering to enjoy the show. The Maryland Office of Tourism offered residents consolation prizes – the opportunity to tune in online and watch a “virtual pet parade” or see a “virtual Independence Day Tour” of the National Museum of Health and Medicine. Maybe the National Endowment for Humanities could supplement those performances by posting on YouTube some videos of 1960s children celebrating the Fourth of July by waving sparklers in the air – behavior which might provoke a SWAT raid nowadays.

All that was necessary to raze limits on political power was wild-eyed extrapolations of potential infection rates. The last few months have established the prerogative of governors and other officials to slap on a tourniquet and cut off the economic blood supply for as long as they claim necessary. The ease with which politicians have captured boundless power should be chilling to anyone who is not a fan of Mussolini. And many governors appear itching to reimpose restrictions based on any uptick in infections elsewhere in the nation.

The Great Pandemic Follies of 2020 have been based on the illusion that government could make life risk-free. But the advocates of shutdowns, lockdowns, and endless prohibitions ignore the risk of dictatorship. That was what our forefathers fought against almost 250 years ago, and their sacrifices and courage should inspire today’s Americans to take far less guff from their rulers.

Reprinted with permission from American Institute for Economic Research.

This article is republished with permission from Ron Paul Institute

Comments - No Responses to “Independence Day in the Midst of Dictatorship”