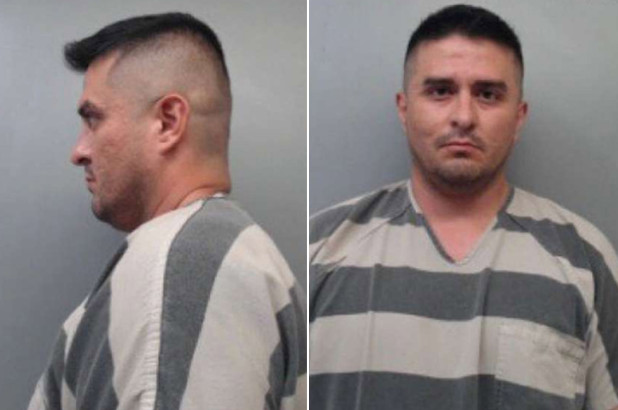 Juan David Ortiz, a supervisory intelligence agent for the U.S. Border Patrol, has been arrested and charged for the murder of four women described in reports as prostitutes.

That four women were murdered execution-style, according to the reports, is tragic and horrifying. That the alleged murderer is a Border Patrol agent notches the crimes up to monstrous.

Although Ortiz will have his day in court, and a jury will ultimately decide his guilt or innocence, the facts and circumstances available to the public at this juncture appear damning. If convicted, the best he can hope for is life imprisonment, but with four victims it may very well be tried as a capital punishment case.

I’m sure that there is a lot of soul-searching going on over at the Border Patrol right now, as there should be. Ortiz has been on the job for 10 years. How did he get through pre-employment job screening if he was so murderously maladjusted? How is it his colleagues noted nothing? Did he use his position and authority to lure the women into a false sense of security, thus rendering him guilty of federal crimes for civil rights violations under color of law? Whose pistol did he use to murder the women?

Although Border Patrol applicants are now required to take polygraph examinations, I don’t think that was the case back in 1998 when Ortiz was hired. And, while it’s possible something might have come out during such an exam, it’s no certainty. If Ortiz had not engaged in any serious criminal misconduct until September 3 of this year, when the murder spree began, there would have been nothing for the polygrapher to discover.

Stepping back to look at this from a more dispassionate distance, here are the issues that seem to present themselves institutionally for the Border Patrol, and more generally for the Department of Homeland Security, which has so many different types of law enforcement officers, ranging from U.S. Air Marshals to Federal Protective Service police, Secret Service, Immigration and Customs Enforcement agents, and Customs and Border Protection inspectors:

Such efforts would be time-consuming and expensive, and all of them would have an adverse impact on agencies’ ability to recruit, hire, and retain — especially during hiring binges when the pressure is on. But, as the case of Juan David Ortiz shows, it all may be both necessary and desirable, and cheap at the price. After all, what is an agency’s institutional integrity worth?