written by; Marc Stallings exclusively for the Utah Standard News

Well here we are, Tuesday, November 2nd, only seven days away from the 2016 General Election!
What a way to end October, attending the Gov. Pence Rally last Wed., Oct. 26th at the Infinity Events Center in Salt Lake City and then four days later experiencing the Donald J. Trump Rally in the enormous Palazzo Ballroom on the 5th Floor of the Venetian Hotel in Las Vegas on Sunday, October 30th!
The Nevada “Donald J. Trump for President, Inc.” campaign team, Charles Munoz-State Director, Tim Williams-Nevada Deputy Director and their staff treated our five person Utah delegation  (Thomas & Bonnie Holiday-“Mormons for Trump/Mormon Women for Trump”, Jason Fahsel (my 26 yr old son & body guard), Angie Stallings (my director) and myself like “royalty” and made sure we had VIP badges, gave us a personal private escort through Secret Service security (public lines were hours long) and right into the “VIP Pen” where were standing less than 20′ from the Podium!
We heard from several Nevada celebrities including Rick and Corey Harrison of “Pawn Stars” fame, elected State and County GOP officials before the powerful forty-five minute speech by Mr. Trump.
The energy, enthusiasm, diversity and passion of the overflowing crowds at both events gives us great optimism and determination that our next POTUS will be Mr. Donald J. Trump when we wake up next Wednesday on November. 9th, 2016!
Reporting live from “behind the scenes” of the Utah for Trump 2016 campaign for the Utah Standard News,
Marc Stallings
Political Director
Donald J. Trump for President, Inc.
Utah State Campaign/Team Trump Utah
marc.utahfortump2016@gmail.com

It was a HUGE standing room only success at the Provo Library last week. Join us at more town halls this week to clear up your questions. Speakers include:

Bracken will address the election and what a Hillary presidency will mean. But even if Trump wins, he expects a full court press by marxist agigators that have been causing trouble at Trump events, leading to large riots etc.

His personal belief is that 2016 is similar to 1860 in America or 1913 in Europe, at the same time. He believes 2017 is going to be the year that changes our world in nearly unimaginable terms, possibly the biggest changes in a century, even bigger than WW2 in its ramifications.

Following his presentation we will hear from the Trump Team – Trump/Why McMillin.

We will announce the locations at these events and we have beautiful, large posters donated by Phyllis Schlafly’s American Eagle PAC and Trump signs that you can take with you by attending the town halls and rallies.

Bring these posters and signs to the HONK and WAVES on Tuesday, Election Day, as a reminder to get out and vote.

Bring a smart phone and a lap top!

Time to get out the vote!

Let’s get this show on the road and GOTV, Utah!!!

Do not let McMullin steal your vote and give it to Clinton. 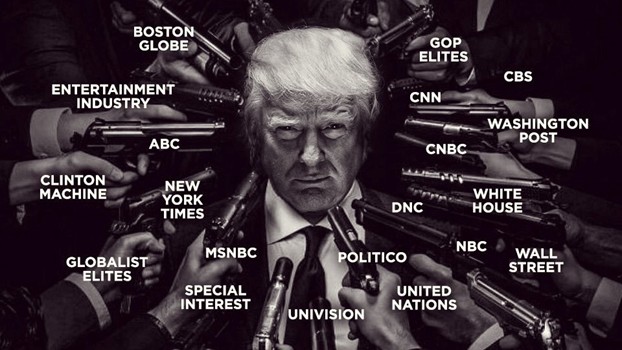