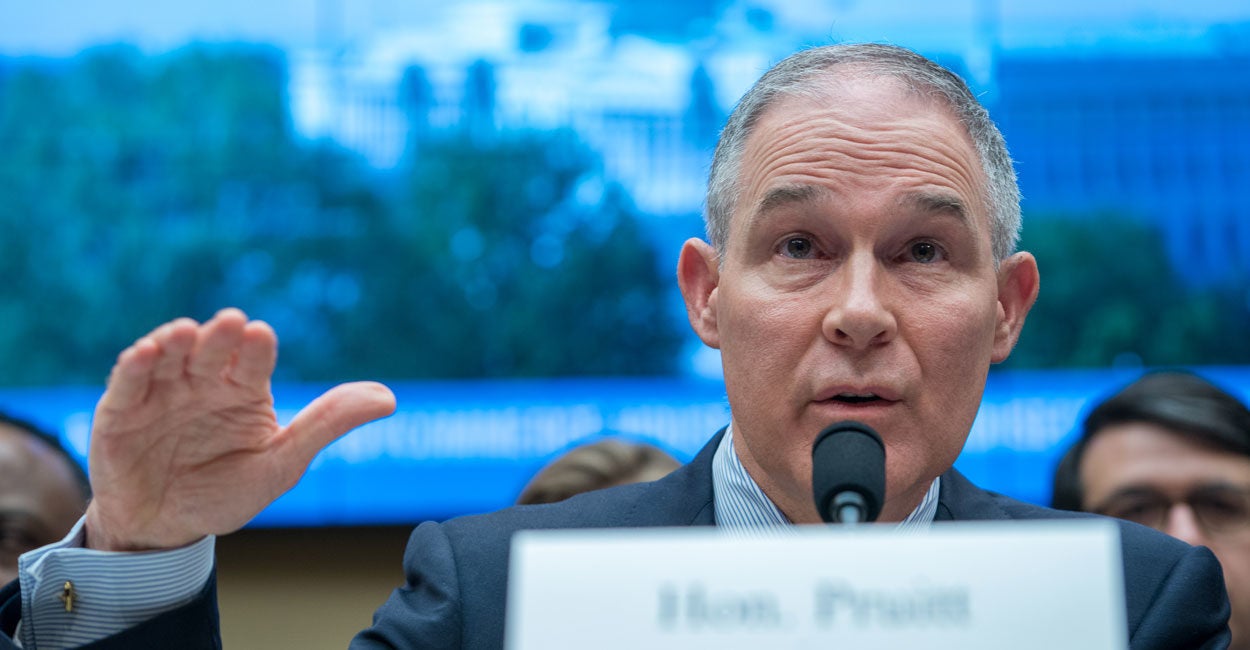 Diane Katz, who has analyzed and written on public policy issues for more than two decades, is a research fellow in regulatory policy at The Heritage Foundation. Read her research.

A proposed rule announced Tuesday by Scott Pruitt, administrator of the Environmental Protection Agency, is intended to bring much-needed transparency to agency rule-making.

The environmental lobby is positively apoplectic about the proposal (naturally), even though it aligns perfectly with its long-held commitment to the public’s “right to know” principle.

The proposed regulation would require the EPA to ensure that the scientific data and research models “pivotal” to significant regulation are “publicly available in a manner sufficient for validation and analysis.”

Despite existing rules on government use of scientific research, federal agencies routinely mask politically driven regulations as scientifically-based imperatives. The supposed science underlying these rules is often hidden from the general public and unavailable for vetting by experts. But credible science and transparency are necessary elements of sound policy.

The opposition from greens and much of the media greeting Pruitt’s announcement is, frankly, hypocritical in the extreme. Opponents claim that the EPA’s regulatory power would be unduly restricted if the agency is forced to reveal the scientific data and research methodologies used in rule-making.

But that is precisely the point. The EPA should no longer enjoy free rein to impose major regulations based on studies that are unavailable for public scrutiny.

Their claim that research subjects’ privacy would be violated is groundless. Researchers routinely scrub identifying information when aggregating data for analysis. Nor is personal information even relevant in agency rule-making.

Meanwhile, the EPA and other federal agencies are duty-bound to protect proprietary information.

Transparency in rule-making is vital to evaluating whether regulation is justified and effective. It is also essential to testing the “reproducibility” of research findings, which is a bedrock principle of the scientific method.

It takes real chutzpah for the champions of environmental “right-to-know” laws to now claim that the EPA should not be required to make public the scientific material on which regulations are based.

The public’s “right to know” was their rallying cry in lobbying for a variety of public disclosure requirements on the private sector as well as state and local governments, including informational labeling; emissions reporting; workplace safety warnings; beach advisories; environmental liabilities; and pending enforcement actions, to name a few.

The proposed rule is hardly radical. It aligns with the Data Access Act, which requires federal agencies to ensure that data produced under grants to (and agreements with) universities, hospitals, and nonprofit organizations is available to the public through the Freedom of Information Act.

However, the implementation guidance from the Office of Management and Budget has unduly restricted application of the law.

Moreover, the Information Quality Act requires the Office of Management and Budget “to promulgate guidance to agencies ensuring the quality, objectivity, utility, and integrity of information (including statistical information) disseminated by federal agencies.”

However, the law’s effectiveness has been limited by a lack of agency accountability. Courts have ruled that it does not permit judicial review of an agency’s compliance with its provisions. The proposed rule is also consistent with the Office of Management and Budget’s Information Quality Bulletin for Peer Review.

The proposal also mirrors legislation passed by the House last year to prohibit the EPA from “proposing, finalizing, or disseminating a covered action unless all scientific and technical information relied on to support such action is the best available science, specifically identified, and publicly available in a manner sufficient for independent analysis and substantial reproduction of research results.”

A Senate companion measure failed to advance to a vote.

The EPA regulation has expanded exponentially every decade since the 1970s at tremendous expense to the nation. Secret science underlies some of the most expansive regulatory initiatives.

President Donald Trump has focused significant attention on re-establishing the constitutional and statutory boundaries routinely breached by the agency. The special interests that thrive on gloom and ever-increasing government powers are attempting to block the administration’s reforms at every turn.

But their opposition to the proposed transparency rule sets a new low for abject hypocrisy.