UTopiAH is a series about life expectancy – how long we live – from 1960 to 2016. Medical conditions rank states. UTopiAH’s #1 health rankings are recorded. Statistical probability indicates a politicizing of these life expectancy tables since 2012.

Part Twelve. How does Infant Mortality impact UTopiAH’s #1 ranking of life expectancy? As noted in Part One, the Census and Centers for Disease Control and Prevention ranked Utah #1, as best or fewest infant deaths for 2005.

Matthew 9:22 But Jesus said, Daughter, be of good comfort; thy faith hath made thee whole.

For six decades, 1940-2000, life expectancy, was based on the census taken every ten years. States were rank ordered based on the longevity of their residents’ lives. Longevity have been the basis for commercial uses, health programs, governmental budgets, and forward planning. Commercial uses include 1) annuity tables for retirement investments, how long the annuity will be needed to provide a life time income, and hence its cost; 2) life insurance tables for payment of death benefits and when they will be due, and hence the premium; 3)   long term care, and others. Health programs use include age related maladies and hospitalization. 4) Governmental budgets include Medicare, Medicaid, Obamacare, development, public health, education, transportation, and national security. 5) Forward planning includes water resources, urban planning, social services, and family growth,.   Progress or decline in life expectancy, takes decades.   For instance noting that Utah’s life expectancy ranked 6th in 1960, Utah climbed to 2nd in 1970, back to 3rd in 1980, and topped out to 1st by 1990. It is even harder to move among ranks the larger the population in the State. California’s population is ten times Utah’s. California’s life expectancy ranked 19th in 1960 census, climbed to 14th in 1970, 18th in 1980, and dropped back to 32nd in 1990. 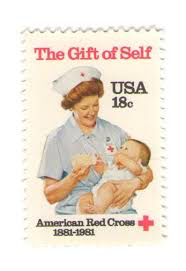 How can it be that UTopiAH’s #1 lowest infant death ranking in 2005 dropped to the 15th rank in 2016? The statisticians at the CDC changed to an ‘age-adjusted’ population rate ranking.

‘Age adjusted population’ changed the results of the rankings for all the states. Blessing Blue states and cursing Red states. Focusing life expectancy ranks on age adjusted population, means the ranks are now determined, not by census counts, but by political results and the preferences of the compiler. 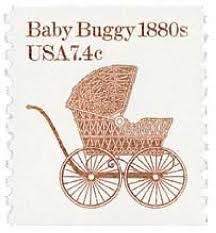 The number of infant deaths per 1,000 live births.

Disclaimer: The author of each article published on this web site owns his or her own words. The opinions, beliefs and viewpoints expressed by the various authors and forum participants on this site do not necessarily reflect the opinions, beliefs and viewpoints of Utah Standard News or official policies of the USN and may actually reflect positions that USN actively opposes. No claim in public domain or fair use.   © Edmunds Tucker. UTopiAH is a trade mark of the author. Utopia was written in 1515 by Sir Thomas More, Chancellor of England.

Comments - No Responses to “Part Twelve. How does Infant Mortality impact UTopiAH’s #1 ranking of life expectancy?”