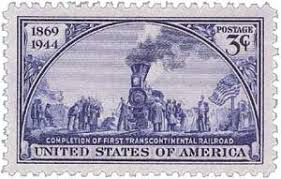 UTopiAH. This is Part of a series for comparing census based life expectancy and death rate tables, ranking states by how long we live, from 1960 to 2015. Included are medical conditions rating Utah’s #1 health rankings. Since 2012 state rankings are now correlated to voting in the 2012 and 2016 presidential elections, with blue states on top, and red states at the bottom. Utopia is Sir Thomas More’s (1516) perfect place to live, and with a slight variation in spelling, perfectly describes Utah

Part Eight. This is the 2018 life expectancy based on age adjusted death rates as of 2014, by 247Wallst.com, States With the Longest and Shortest Life  Expectancy, divided by Red and Blue states 2016 presidential election.

Matthew 7 Verses 18 and 20.A good tree cannot bring forth evil fruit, neither can a corrupt tree bring forth good fruit. Wherefore by their fruits ye shall know them

The sifting of statistics changed in 2012. The change was explained by Center of Disease Control’s NCHS [National Center for Health Statistics ] as of 2012 ‘’Beginning with the 1999 data year, NCHS [National Center for Health Statistics ] adopted a new population standard for use in age adjusting death rates. Based on the projected year 2000 population of the United States, the new standard replaced the 1940 standard population that had been used for more than 50 years. The new population standard affects levels of mortality and, to some extent, trends and group comparisons. Of particular note are the effects on race mortality comparisons.’’ National Vital Statistics Reports Volume 66, Number 6.

States With the Longest and Shortest Life  Expectancy By Evan Comen February 20, 2018 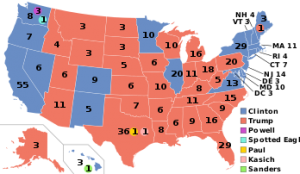 [The following is the 247WallSt text in part and rankings.]

Due to improvements in medicine, sanitation, and other public health advances, life expectancy in most of the developed world has increased nearly every year over the past century. Despite this trend, life expectancy in fallen in the U.S. for the second year in a row.

Factors that contribute to poorer health among Americans relative to the OECD include unhealthy behaviors such as high caloric intake and firearm ownership, weaker welfare support, lack of universal health insurance, and a physical environment that encourages car ownership over pedestrian and bicycle transportation.

To determine the states with the longest and shortest life expectancy, 24/7 Wall St. reviewed 2014 life expectancy at birth figures provided by the Institute for Health Metrics and Evaluation, a global research center affiliated with the University of Washington. Data on smoking and obesity came from County Health Rankings & Roadmaps program, a collaboration between the Robert Wood Johnson Foundation and the University of Wisconsin Population Health Institute. Data on median household income came from the U.S. Census Bureau’s 2016 American Community Survey [See Part One]. All data are for the most recent period available.

Comments - No Responses to “Part Eight. This is the 2018 life expectancy based on age adjusted death rates as of 2014, by 247Wallst.com, States With the Longest and Shortest Life Expectancy, divided by Red and Blue states 2016 presidential election.”