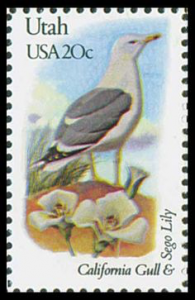 UTopiAH. This is Part of a series for comparing census based life expectancy and death rate tables, ranking states by how long we live, from 1960 to 2015. Included are medical conditions rating Utah’s #1 health rankings. After 2012, state rankings are now correlated to voting in the 2012 and 2016 presidential elections, with Blue states on top, and Red states assigned to the bottom. Utopia is Sir Thomas More’s (1516) perfect place to live, and with a slight variation in spelling, perfectly describes Utah.

Part 15. How do 24/7WallStreet and MSN report life expectancy among states? MSN and 24/7 moved Blue states into the top quintile, and Red states into the bottom quintile.

Utah has a number one track record among all states for health. Specifically, from 1960 to 1990, Utah’s rank for life expectancy climbed from 6th to 1st , the best, citing the US Census, as of 2006.

For fifty years, life expectancy, was based on the census taken every ten years. States were rank ordered based on the longevity of their residents’ lives. Longevity has been the basis for 1)commercial uses, 2)health programs, 3)governmental budgets, and 4) forward planning. 1)Commercial uses include a) annuity tables for retirement investments – how long the annuity will be needed to provide a life time income? and hence its cost; b) life insurance tables for payment of death benefits and when death benefits will be due, and hence the premium for the insurance; c) population growth, long term care. 2) Health programs use include age related maladies and hospitalization. 3) Governmental budgets include Medicare, Medicaid, Affordable Care Act so called Obamacare, development, public health, education, transportation, and national security. 4) Forward planning includes water resources, urban planning, social services, and family growth,.   Progress or decline in life expectancy, takes decades.   For instance noting that Utah’s life expectancy ranked 6th in 1960, Utah climbed to 2nd in 1970, back to 3rd in 1980, and topped out to 1st by 1990. It is even harder to move among ranks the larger the population in the State. California’s population is ten times Utah’s. California’s life expectancy ranked 19th in 1960 census, climbed to 14th in 1970, 18th in 1980, and dropped back to 32nd in 1990 (calculated in 2004). Sifting through hundreds of millions of records took 14 years from 1990 to 2004.

Furthermore, as of 2006 for the 1990 census California’s life expectancy was ranked 32nd of 51 (states and the District), Massachusetts 14th, Hawaii was unranked for lack of data.

So imagine my curiosity when the MSN.COM gave prominent display to a claim by a University of Washington research group that Hawaii has the longest life expectancy and that Utah had dropped out of the top quintile, plunged to 13th, citing the year 2014.   California had climbed from 32nd to 3rd in 24 years, from 1990 to 2014, quite an accomplishment for California.

Does state ranking of life expectancy have significant political implications? They must think so. It also happens, that the 11 healthiest states, as reported by MSN.com, and as of 2014, just so happened to have all voted Blue in the 2016 election (over half of the 20 BLUE states that did so vote Blue). The state ranking death rate list was compiled in 2017 and 2018, after the election results were in.   These 11 Blue states all have legalized marijuana (29 states listed, 21 have not legalized).   The first Red state, as to longest life expectancy, after the 2016 election, was North Dakota at 12th longest life expectancy, followed in 13th place by Utah. This supposed ranking of life expectancy longevity has been picked up by Wikipedia, 24/7 Wall St.

Statistically, the 2/5ths states (20 of 50) voting Blue in 2016 should have been randomly spread thru the life expectancy table as follows – 4 states in the top quintile (top 10), and 4 in each of the rest of the quintiles, (to wit, 4 states in the ranks 1 to 10, 4 in the ranks from 11 to 20, 4 from 21 to 30, 4 from 31 to 40, and 4 from 41 to 50). Likewise, if random placement applied the Red states, (30 of 50) the Red states would have had 6 Red states in each quintile. Election results, red and blue, in past census longevity results are in other Parts in this series. It would sort of be like putting 20 Blue marbles in a jar with 30 Red marbles, then pulling them out one by one, your first 11 marbles should be 4 Blue, and 7 Red.   As you take out more Blue marbles, the ratio of remaining Red marbles increases, so if you have pulled 10 Blue marbles out, the chance of pulling a blue marble out with 10 blue marbles and 30 Red marbles remaining, is about one in four (10 of 40). Or, imagine a lottery ticket where the first eleven numbers have to be from the pool of 50, selected at random. Or roulette with 30 red and 20 blue (instead of black) slots? I think roulette has only 36 slots, not 50, but the concept is the same. What are the chances of covering Blue 11 times in a row, but filling up each Blue slot as it is taken, so it cannot be used again? Or put another way, I think the odds of the top eleven States in longevity being all blue are less than one in six hundred and fifty thousand (650,000). This is far beyond coincidence.   The first and last quintile state rankings must be specifically correlated to the Election 2016 results.

Other groups that keep statistics are the US Census, Center for Disease Control, US Health Foundation, Kaiser, and WHO.

Due to improvements in medicine, sanitation, and other public health advances, life expectancy in most of the developed world has increased nearly every year over the past century. Despite this trend, life expectancy in fallen in the U.S. for the second year in a row.

To determine the states with the longest and shortest life expectancy, 24/7 Wall St. reviewed 2014 life expectancy at birth figures provided by the Institute for Health Metrics and Evaluation, a global research center affiliated with the University of Washington.

The Institute for Health Metrics and Evaluation (IHME) is an independent population health research center at UW Medicine, part of the University of Washington, that provides rigorous and comparable measurement of the world’s most important health problems and evaluates the strategies used to address them. IHME makes this information freely available so that policymakers have the evidence they need to make informed decisions about how to allocate resources to best improve population health.

July 2007: The Institute for Health Metrics and Evaluation (IHME) launches with the goal of providing an impartial, evidence-based picture of global health trends to inform the work of policymakers, researchers, and funders. Main supporters are the Bill & Melinda Gates Foundation and the state of Washington.

December 2008: IHME’s assessment of diphtheria, pertussis, and tetanus vaccination programs is published in The Lancet, challenging accepted numbers and paving the way for new approaches to track the effectiveness of such programs.

April 2009: IHME releases initial work on risk factors in PLOS Medicine. Included are estimates of the impact of risk factors such as high blood pressure, smoking, high blood sugar, and overweight/obesity in the US.

The Institute for Health Metrics and Evaluation (IHME) at the University of Washington analyzed the performance of all 3,142 US counties or county-equivalents in terms of life expectancy at birth, mortality rates for select causes, alcohol use, smoking prevalence, obesity prevalence, and recommended physical activity using novel small area estimation techniques and the most up-to-date county-level information.

Cause-of-death: Based on medical information—including injury diagnoses and external causes of injury—that is entered on death certificates filed in the United States. This information is classified and coded in accordance with the International Statistical Classification of Diseases and Related Health Problems, Tenth Revision (ICD-10) (2).

Death rates: For 2015, based on population estimates for July 1, 2015, that are consistent with the April 1, 2010, census. These population estimates (as well as population figures for the 2010 census) are available on the National Center for Health Statistics’ (NCHS) website (3). Age-adjusted death rates are useful when comparing different populations because they remove the potential bias that can occur when the populations being compared have different age structures. NCHS uses the direct method of standardization; see Technical Notes of “Deaths: Final Data for 2014” (1) for more discussion.

The data shown in this report reflect information collected by NCHS for 2014 and 2015 from death certificates filed in all 50 states and the District of Columbia and compiled into national data known as the National Vital Statistics System. Death rates shown in this report are calculated based on postcensal population estimates as of July 1, 2014, and July 1, 2015, which are consistent with the April 1, 2010, census. Differences between death rates were evaluated using a two-tailed z test. 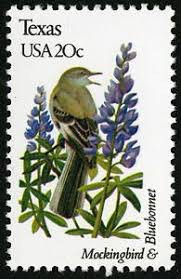 The above NVSS explains that the longevity was changed in 2008, to favor Blue state over Red states.

Comments - No Responses to “Part 15. How do 24/7WallStreet and MSN report life expectancy among states? MSN and 24/7 moved Blue states into the top quintile, and Red states into the bottom quintile.”