Governor Herbert has just called for a SECOND special session of the 62nd Legislature for this Wednesday at 2:30 p.m. There are 11 policy issues that are currently on the agenda including amending provisions to the Inland Port Authority and the Utah Sales and Use Tax to address the U.S. Supreme Court decision last month in the South Dakota vs Wayfair, Inc. case concerning the collection of online sales tax.

The session will also clarify the provisions of the sales and use tax exemptions for manufacturing, mining, web search portals and medical laboratories as well as amendments to corporate tax provisions to clarify that corporate taxpayers are subject to state income tax on repatriated foreign income and the possible sequestration of that income. The powerful Revenue & Taxation Interim Committee, backed by the Tax Commission, pushed hard to get these tax policy issues onto the Special Session agenda.

This session comes after mass tax increases just a few months ago and during a year when Utah has a budget surplus. The Governor’s agenda has stirred some controversy among legislators because some of the 11 items that ended up on the list were a bit of a surprise.

This special session is far broader than just the Inland Port issue that is being featured in most Utah media. Legislators have also been working hard on the Repatriation Income Tax reductions and the Net Operating Loss carryback issues.

There is also heavy lobbying to create a new Earned Income Tax Credit for Intergenerational Poverty Families. This would put the government and Utah taxpayers in the business of cutting tax refund checks for people that EXCEED the amount of taxes that they paid. Proponents are claiming that these horribly poverty-stricken families have no other hope because they are stuck working $10/hr. jobs for the rest of their lives. If passed, this proposal would essentially increase their salary to $12/hr.

The E.I.T.C. supporters who WANT to give taxpayer money to other people are saying that it’s merely taking money that could have been given back to corporations and instead passing it along to our neediest citizens. They are tying corporate tax to personal individual income tax in this debate and have muddied this issue in a silly and irrational way.

In essence, this proposed credit is clearly a wealth redistribution mechanism. Anybody who has carefully studied Bastiat’s “The Law” knows that the worst form of “Legal Plunder” is when the government, for lofty policy reasons, proactively takes away money from citizens, against their will, to give that money to citizens deemed more needy or more worthy of that money.

Informed voters see this as an odd position for self declared “conservative” legislators to take and are appalled at how often their elected representatives stray into being mainstream RINOS or even moderate-leftists-socialists while pretending to represent their predominantly conservative districts. Utah voters simply don’t pay attention to what their “Celebrity Incumbent” is doing and seldom know what they’re getting when they cast their vote while being unaware of the voting patterns of the Representatives and Senators they elect.

Most Utah citizens want to help people in need but not by forcibly taking away other people’s money to reallocate to another citizen!!! This could be a lively debate if even ONE of our elected “conservative” representatives stands up for the values that most Utahns hold and attacks this issue on the House floor.

But very notable for the Constitutionalists in the room: Gun Control legislation was not on the Governor’s agenda! That is a big win, for now, by the members who have been successful in fighting to block the Governor and Legislature from putting Gun Control on the agenda. But, it can pop back up very easily. Stay tuned. 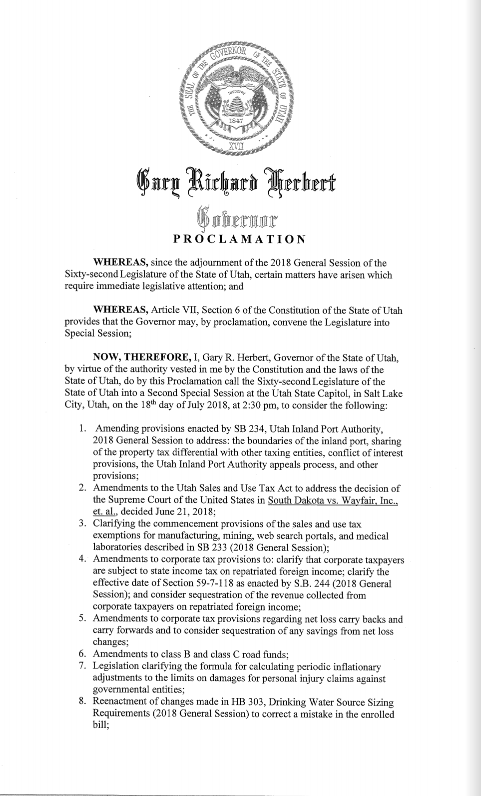 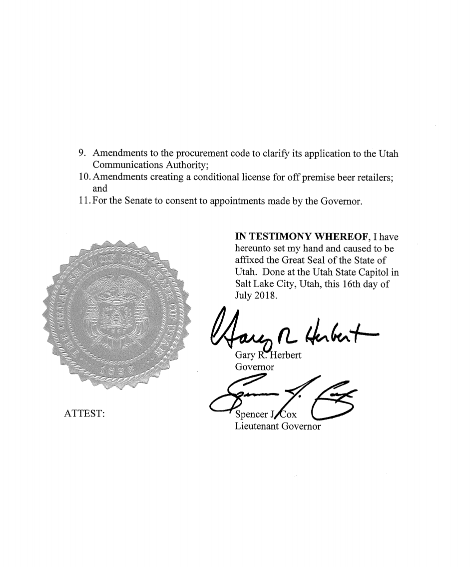 Comments - No Responses to “Gov. Calls for Special Session. Hold Onto Your Wallets and Liberty.”