Democrats Have Zero Tolerance for Solutions to Illegal Immigration 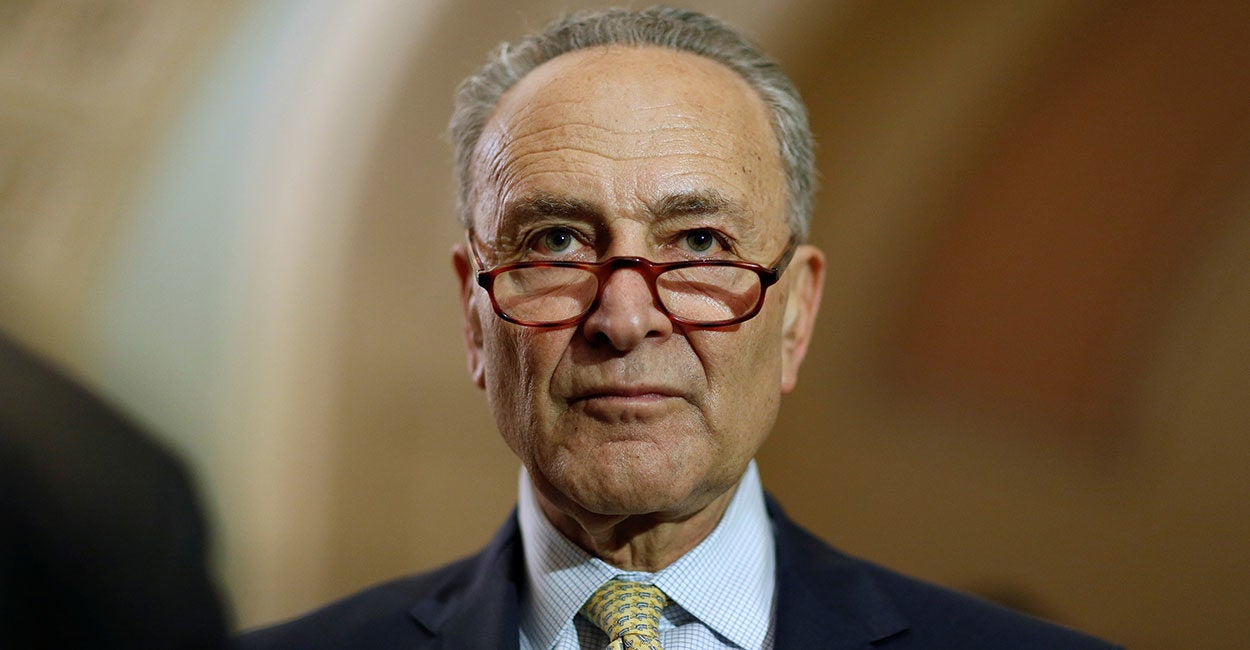 Someone should ask Senate Minority Leader Chuck Schumer, D-N.Y., whether he opposes the “child separation” policy or he opposes a “zero tolerance” policy on illegal immigration (Photo: Joshua Roberts/Reuters /Newscom)

David Harsanyi is a senior editor at The Federalist and the author of the forthcoming “First Freedom: A Ride through America’s Enduring History With the Gun, From the Revolution to Today.”

As soon as the Trump administration adopted a “zero tolerance” policy requiring law enforcement to prosecute all immigrants who crossed the border illegally, it became clear that officials weren’t prepared to deal with the crush of kids who would find themselves under their supervision. Nor were they able to implement the policy in a humane way.

Family separation is callous and ineffective, but its existence doesn’t excuse the ginned-up moral panic, the pious grandstanding, or the historically illiterate associations to Nazi death camps unleashed by its critics. Nor does it excuse the fact that Democrats have shown zero interest in dealing with the undermining problems that propel these situations.

“Why won’t the GOP stand up to Donald Trump?!” is the well-known refrain from those who lockstepped their way through the eight-year hard-left turn of Barack Obama. Yet every Republican member of the Senate claimed to support legislation to fix existing laws that separate children from parents who are caught crossing into the United States illegally even as the president defended it.

So maybe the House (also working on legislation) and the Senate won’t be able to come to an agreement. Or maybe Trump will veto the bill. We don’t know. Not that any of it is going to matter if Democrats block the legislation, which is what they were promising to do before even seeing it.“There are so many obstacles to legislation, and when the president can do it with his own pen, it makes no sense,” Senate Minority Leader Chuck Schumer, who is a co-sponsor of proposed Democratic legislation to supposedly fix the problem, stated. “Legislation is not the way to go here when it’s so easy for the president to sign it.”

Now, I realize Democrats have gotten used to the idea of a president ruling with a pen while concocting immigration law unilaterally. But even though Trump acquiesced to pressure and signed an executive order, the subsequent action will not be “easy.”

Democrats know that the administration could be stopped by the courts and that the long-standing Flores consent decree complicates efforts to enforce border laws and keep families together. They know that only legislation could allow both to happen. They’re more interested in returning to the status quo.

Someone should ask leading Democrats whether they believe that any immigrant illegally bringing children should be detained at the border for any reason whatsoever—because these Democrats, who ignore the moral cost associated with thousands of children wandering over the border, have yet to explain how we can possibly know whether these kids are going to be OK if we have no way of ensuring their parents’ compliance with a court.

Someone should ask Schumer whether he opposes the “child separation” policy or he opposes a “zero tolerance” policy on illegal immigration. Has any Democrat clarified why the latter position wouldn’t incentivize more migrants to bring children (sometimes their own and sometimes not) on the dangerous trek over the border rather than to ports of entry? There’s been a spike in the number of families and unaccompanied children at the border over the past five years. Claiming amnesty after apprehension is basically a get-in-free card.

Someone should ask Democrats what kind of undocumented immigrant they believe doesn’t deserve de facto asylum. I’m well aware that most of the people flowing in from Central America are escaping poverty and violence, and I’m highly sympathetic to their plight. But I assume migrants who properly ask for asylum are in the same situation—other than being punished for following rules.

I’m a pretty liberal guy on immigration—open to more asylum-seekers, bigger immigration, more temporary workers, etc. But I’m not a huge fan of chaos. And I suspect I’m not alone.

Yet we have Democrats and activists calling for the elimination of U.S. Immigration and Customs Enforcement. We have a Democratic Party unwilling to make any compromise on the issue even when we’re faced with a surge of migrant children.

As Gabriel Malor pointed out in The Federalist this week, the proposed legislation co-sponsored by every Senate Democrat was so carelessly written that it would prevent “federal law enforcement agencies almost anywhere inside the United States from arresting and detaining criminals who are parents having nothing to do with unlawfully crossing the border and seeking asylum.”

It’s not healthy for the country or the people who come here seeking a better life to be thrown into a system that doesn’t work. Nor, as we are increasingly seeing in Europe, is it politically tenable to

rely on emotionalism as a means of ignoring all law.