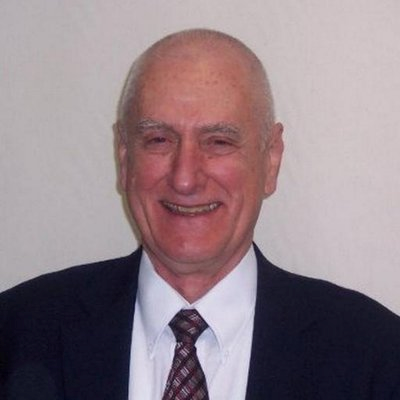 “Our strategy should be not only to confront empire, but to lay siege to it. To deprive it of oxygen. To shame it. To mock it. With our art, our music, our literature, our stubbornness, our joy, our brilliance, our sheer relentlessness – and our ability to tell our own stories – Stories that are different from the ones we’re being brainwashed to believe.” – Arundhati Roy in “Confronting Empire”, 27 January 2003.

He has an extensive military background having served in the U.S. Air Force from 1955-1965 with 5,000 flying hours, most of which were in the 56th Weather Reconnaissance Squadron’s WB-50 bombers. He then served in the Utah Air Guard from 1967-70, and the Utah Army National Guard 1978-1988. In 1956 he was selected to fly a top secret mission to North Africa and the Gaza Strip. He crashed in Alaska, has flown missions over the North pole, chased typhoons in the Pacific in WB-50 bombers and sampled Soviet nuclear fall out at upper altitudes.

North Korean agents have attempted to compromise him and he was shot at by a Chinese gunboat. He chased a radical white supremacist through a hedgerow one night and the nasty Soviets with their incessant, Moscow Molly radio propaganda broadcasts have interfered endlessly by jamming his Morse Code and other communications.

As a Former FBI Agent from 1970-76, Wayne worked Bank Robbery, Kidnapping, Hijacking, Fugitive, and Organized Crime Cases and introduced the FBI to Visual Analytics in the 1970’s and has three letters of commendation from FBI Directors. He’s been shot at by the Symbionese Liberation Army and stoned by the Ku Klux Klan and is a graduate of the FBI’s Command School of Advanced Criminology.

He was fired by a Utah Attorney General for insubordination and had shyster lawyers threaten to break his knees on the Courthouse steps. His friend since 1974 is a Mafiosi who he put in jail who calls and writes regularly and is still in the “Joint” under an assumed identity and concealed location. Wayne and one of his investigations are named in Dave Wagner’s book “The Politics of Murder” an expose of “Organized Crime in Barry Goldwater’s Arizona.”

As a result of what it takes to become a Military Master Parachutist, and what it takes to become a Japan Trained 7th degree Karate Black Belt, Wayne has survived and thrived. He the only Agent in the history of the FBI to have received a letter of commendation from Director J. Edgar Hoover and also a letter of commendation from Jack Anderson of Jack Anderson of “The Washington Merry-go-Round.” The Director and Anderson loathed each other.

Wayne is also a retired Utah educator and enjoyed teaching secondary English to 7th graders. As a member of the Society of Professional Journalists (SPJ), he is a Freelance Commentator and Political “Lurker.” He is a grandfather to 28 and claims not to remember their names until they are old enough to backpack and fly fish. He also served as a Senior Missionary in Seoul Korea for the Church of Jesus Christ of Latter Day Saints.

Proud to be an American, he is likewise damned for it.  He refused to be labeled a Democrat, Republican or any other “…ism” or of any mindless, sophomoric, platitudinous, far left or far right defender of party, defender of political, or defender of pious religious preference and hypocrisy. Any exposure to those folks sets him to wheezing and snorting. He gives a hearty “Bah Humbug” for capitalism, social or economic totalitarianism, and the sum of all other “isms” that immediately sets his teeth to grinding and biting his tongue and cheeks, especially baby killing Liberalism that renders asunder and rips from the womb premature parts for commerce which sets him to frothing at the mouth and swearing like a sailor.

Some things never change and yet Wayne is still “all in” with many of his friends and old timers who continue to refuse to go down for the count all-the-while snorting, gasping, croaking, and wheezing out their worn sermons and plaintive pleas for “Liberty, Equality, Fraternity, and Justice for All!”

This following U.S.Marine Commandant’s report is a short epilogue to a long and illustrious career that typifies so many similarly sad and conflicted endings. General Smedley Butler, former US Marine Corps Commandant and the most decorated Marine in US history at the time, writes:

“I spent thirty-three years in the Marines, most of my time being a high class muscle man for Big Business, for Wall Street and the bankers. In short, I was a racketeer for capitalism. I helped purify Nicaragua for the international banking house of Brown Brothers in 1910-1912. I helped make Mexico and especially Tampico safe for American oil interests in 1914. I brought light to the Dominican Republic for American sugar interests in 1916. I helped make Haiti and Cuba a decent place for the National City [Bank] boys to collect revenue in. I helped in the rape of half a dozen Central American republics for the benefit of Wall Street. In China in 1927 l helped to see to it that Standard Oil went its way unmolested. I had a swell racket. l was rewarded with honors, medals, promotions. l might have given Al Capone a few hints. The best he could do was to operate a racket in three city districts. The Marines operated on three continents.”

On Jan. 17, 1961, President Dwight Eisenhower gave the nation a dire warning about what he described as a threat to democratic government. He called it the military-industrial complex, a formidable union of defense contractors and the armed forces.

Wayne states “I’ve not even mentioned a savage tragedy that weighs so heavily on my heart as to fix on me a dark spell that words fail in its description. I’ll try. We have sent, in undeclared wars for profit, our best, our finest, our bravest youth and heroes off to die for the likes of the corrupt tyrants and Goodfellas who purport to lead us all the while they deceive us and subvert the “Rule of Law.” I’ll talk about individual offenders in later posts but to name a few corporations who as President Eisenhower warned profit most from warring, here we go: Halliburton, United Technologies, L-3 Communications,  Finmeccanica, EADS, Northrop Grumman, Raytheon, General Dynamics, BAE Systems, Boeing, Lockheed Martin.”

“I think that, as life is action and passion, it is required of a man that he should share the passion and action of his time at peril of being judged not to have lived.” – Oliver Wendell Holmes.

Wayne says “To restrain those passions and be constrained by party, politics, family, friendships, religion, and convention and to merely and mindlessly fit into a mold of others’ shaping is certainly not living and far worse than dying.”

At 81, we’ll remind the reader that Wayne has lived several robust lives during several unusually active life times. So, without explanation, justification, or excuse, and in stark contrast to his current code of conduct, we’ll end this posting and offer a sweet conclusion expressed in a song by Country music singer and songwriter Billy Currington:  “People Are Crazy”

Wayne loves the lyrics to the song and the story they tell. Most people are too busy to take the time to talk with a stranger but for those that do they might discover it was worth their time. Wayne remembers and enjoys being among good people who just want to be simple and simply want to be left alone … want to be a “touch bit” or “tich” crazy in a warm and homely and American Country way. “God is great, beer is good, and people are crazy!”

Number “1” still on his bucket list is to leave a better World than the one he inherited from the Greatest Generation. He says “Let’s Drain the Swamp Together.” 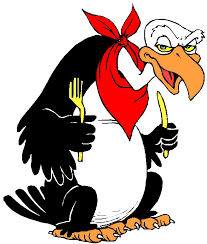 Society of Former Agents of the FBI

Posts by this columnist: