The Obama administration’s directive that public schools give transgender students access to the bathrooms and locker rooms of their choice will not stand in Texas, Lt. Gov. Dan Patrick said.

“We are going to look at every pathway to resist the federal government,” Patrick, a Republican, said in a Wednesday interview with The Daily Signal. “At the end of the day, I believe, first we can get the administration to back off.”

Shortly after a school superintendent in Forth Worth, Texas, unilaterally imposed rules involving transgender students in his district, the U.S. Justice and Education departments rolled out a similar directive for schools around the country.

Patrick said his state will not be “blackmailed” by President Barack Obama, and the directive is “a poke in the eye at the values of the American family.”

Title IX of the Education Amendments of 1972 bans discrimination based on sex in any education program receiving federal taxpayer dollars.The Obama administration’s directive treats a student’s gender identity as equivalent to his biological sex.

“The president says in his policy it’s a guideline; but if you don’t follow that guideline, we could sue you or withhold federal funds,” Patrick said. He added:

In the Texas budget, we’re the 12th largest economy in the world. Our two-year budget was $209 billion. Of that, about $10 billion over two years comes from the federal government for education. Of that budget, nearly half of it is from the nutrition program that provides free lunch and free breakfast. Over 50 percent of the students in Texas, like most states, are considered economically disadvantaged and qualify for free lunch and free breakfast.

If the president would follow through on his threat to punish a school district by taking away their funds, he would be taking food off the plate, literally, of the poorest of the poor. So does the president really want to withhold funds and take away the free lunch and free breakfast program? I don’t think so.

“If they do follow through and if they do withhold funding,” Patrick said, “we will figure out a way to take care of the kids in Texas. This is not going to stand. We are not going to yield to this initiative. Period.”

White House press secretary Josh Earnest said at a press briefing last week that the guidelines on transgender students are “specific, tangible, real-world advice and suggestions to school administrators across the country about exactly [how] they can do that.” Earnest added:

The guidance does not add additional requirements to the applicable law. The guidance does not require any student to use shared facilities when schools make alternate arrangements. But what the framework does provide is advice for how school administrators can protect the dignity and safety of every student under their charge. 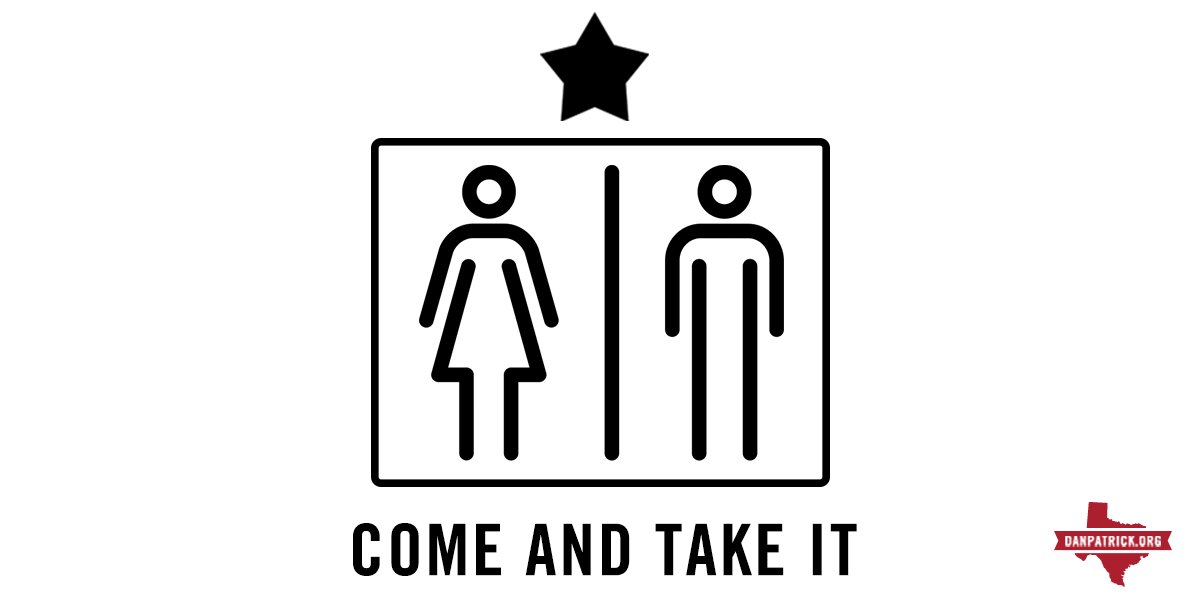 “The people of Texas and the legislature will work together to fill the gap and make sure students aren’t punished by losing their lunch and their breakfast,” Patrick said.

Patrick said Texas will stand up to the transgender student guidelines in three ways:

By preparing to take legal action. Texas Attorney General Ken Paxton has sent a letter to the Justice and Education departments about the guidelines.

“Once again, the Obama administration has overstepped its constitutional bounds to meddle in the affairs of state and local government,” Paxton said in a statement last Friday. “Today’s announcement seeking to unilaterally redefine and expand federal law must be challenged. If President Obama thinks he can bully Texas schools into allowing men to have open access to girls in bathrooms, he better prepare for yet another legal fight.”

The so-called ‘significant guidance’ issued by the Obama administration raises more questions than it answers, just as it creates concerns among anyone who believes sex is a biological fact and not a personal preference. As billions of dollars appear to be at stake based upon schools’ compliance with this guidance, the Obama administration must be extremely clear about what is and isn’t allowed, and explain how their actions do not add requirements to the law, as their letter claims.

By passing legislation that keeps men out of women’s restrooms. In November, Houston residents voted down a measure, the so-called “bathroom ordinance,” that would have created legal protections for sexual orientation and gender identity and opened up sex-specific restrooms and locker rooms to individuals of another biological gender.

Critics of the Houston bill said the ordinance would have threatened the religious freedom of those who believe that marriage is between one man and one woman.

Patrick said they will have to look as what to do next in school districts.

“I’ve asked the school districts already to stand down, superintendents not to react, not to initiate policy. There are only a couple of weeks left in school,” Patrick said. “Let’s work through this in the summer. I’m going to continue to encourage school districts to defy the president. This is not law.”

By working with other Republican lieutenant governors. The goal: to urge more resistance to Obama’s directive.

“As we build toward the legislature next session, we’ll be working with both common-sense principles with the superintendent, working from the legal side with the attorney general, and then looking at what legislation we would pass,” Patrick said, adding:

My position is clear. We don’t want their dirty money. They don’t buy our kids at any price in Texas. We will work through this. We’ll just say no to the money at the end of the day.

“I’m going to urge that there is a total resistance state by state,” Patrick said.

“There’s another part of the story that I’ve started hearing from women,” the lieutenant governor said.

He said Obama and the Fort Worth superintendent would create “a new victim” — any girl or woman who has been abused, “who have had to go through their life overcoming this issue.”

For such a girl or woman “to walk into a bathroom and have to be confronted by a man standing there,” he said, “would be something that many of us just could not handle.”

“No one talks about this,” Patrick said. “Obviously, I’m not a woman, so I have not walked in those shoes, but I can only imagine the trauma that would recreate for them.” He added:

The transgender [access] issue opens the ladies’ bathroom door to every sex offender, Peeping Tom, flasher, pervert, any man who wants to say he’s a girl or a woman in the bathroom. Because there’s nothing you could do to stop them, except after the fact. Leah Jessen is a news reporter for The Daily Signal and graduate of The Heritage Foundation’s Young Leaders Program.